Since my teleportation on the first floor the Deep Dungeon try to kill me without any consideration toward my need to take some screenshot for provide documentary evidence of my achievement. Bad dungeon, bad dungeon.
This time the run was easy, just kill some mob, open some golden chest and cursing every trap I stepped on. A lot of promenade of strength found and used and a lot of landmine, one for every floor and some toad trap while the mob already attacked me. Annoying.

So it was a normal run.
Until I reach floor six, where my nemesis wait for sting again:

Yeah. The thrice-dammed hornet, the reason of my failure in the previous try.

I can say I was scared.
Worse was the luring trap on the 9th floor, with a hornet. Was already said goodbye to this run while fighting the new challenge, wasting precious promenade.

Fortunately, I killed the hornet before it sting, so I survived, barely but survived.

Finally, I reach the 10th floor with deathgaze waiting for me.

Armed, ready, and buffed I attacked and I won.
An easy victory but the fight was long

Now the first ten floors are cleared, finally. And the next are waiting for me, but there will be another time for this challenge.
Gefällt mir: 0Gefällt mir: 0 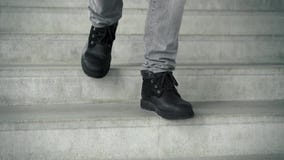